Android is an open source platform designed for mobile devices, it is developed by Google. The goal of Android is "increased creativity on mobile devices, gives users a richer, more attractive and less expensive than using mobile".
Android is a mobile operating system developed by Google, based on a modified version of the Linux kernel and other open source software and designed primarily for touchscreen mobile devices such as smartphones and tablets. In addition, Google has further developed Android TV for televisions, Android Auto for cars, and Wear OS for wrist watches, each with a specialized user interface. Variants of Android are also used on game consoles, digital cameras, PCs and other electronics.

Initially developed by Android Inc., which Google bought in 2005, Android was unveiled in 2007, with the first commercial Android device launched in September 2008. The operating system has since gone through multiple major releases, with the current version being 9.0 "Pie", released in August 2018. The core Android source code is known as Android Open Source Project (AOSP), and is primarily licensed under the Apache License.

Dalvik VM Specific Libraries :- This is a set of libraries used predominantly for interacting directly with an instance of the Dalvik VM and is unlikely to be used by most Android application developers.

Android applications are predominantly developed using the Java programming language. The Standard Java development environment includes a vast array of classes that are contained in the core Java runtime libraries. These libraries provide support for tasks such as string handling, networking and file manipulation (to name but a few) and are both familiar to, and widely used by Java developers regardless of platform.

The Java Interoperability Libraries are an open source implementation (based on the Apache Harmony project) of a subset of the Standard Java core libraries that have been adapted and transformed for use by applications running within a Dalvik VM.


Running applications in virtual machines provides a number of advantages. Firstly, applications are essentially sandboxed, in that they cannot detrimentally interfere (intentionally or otherwise) with the operating system or other applications, nor can they directly access the device hardware.


Secondly, this enforced level of abstraction makes applications platform neutral in that they are never tied to any specific hardware.


The Dalvik virtual machine was developed by Google and relies on the underlying Linux kernel for low-level functionality. It is more efficient than the standard Java VM in terms of memory usage, and specifically designed to allow multiple instances to run efficiently within the resource constraints of a mobile device.

Android Application Framework supports the features that made us use and enjoy the wide range of applications for variety of uses.


·         Activity Manager – Controls all aspects of the application lifecycle and activity stack.

·         Package Manager – The system by which applications are able to find out information about other applications currently installed on the device.

·         Telephony Manager – Provides information to the application about the telephony services available on the device such as status and subscriber information.

Top Layer of Android Architecture is Application which we work on.These comprise both the native applications provided with the particular Android implementation (for example web browser and email applications) and the third party applications installed by the user after purchasing the device.

That's all about Android Intro for every new user to it.

Let's ascend and try to learn  How to create Android Application ?

The most excruciating pain is delivered when we finally work with POINTERS. Learning POINTER brings us closer to the point where Dennis Ritchie directly/indirectly gave rise to OOP referencing method knowingly/unknowingly.
Let’s understand the trickiest and the most important concept of CProgramming.à
àPointersß
Definition:-- Pointer is a special data type which is derived from basic data Types. ·It is called a derived data type. ·It takes the values from 0 to 65535 on 64K RAM. ·It’s associated with the following three concepts as shown below. ·Pointer stores memory address of other variables i:e a reference 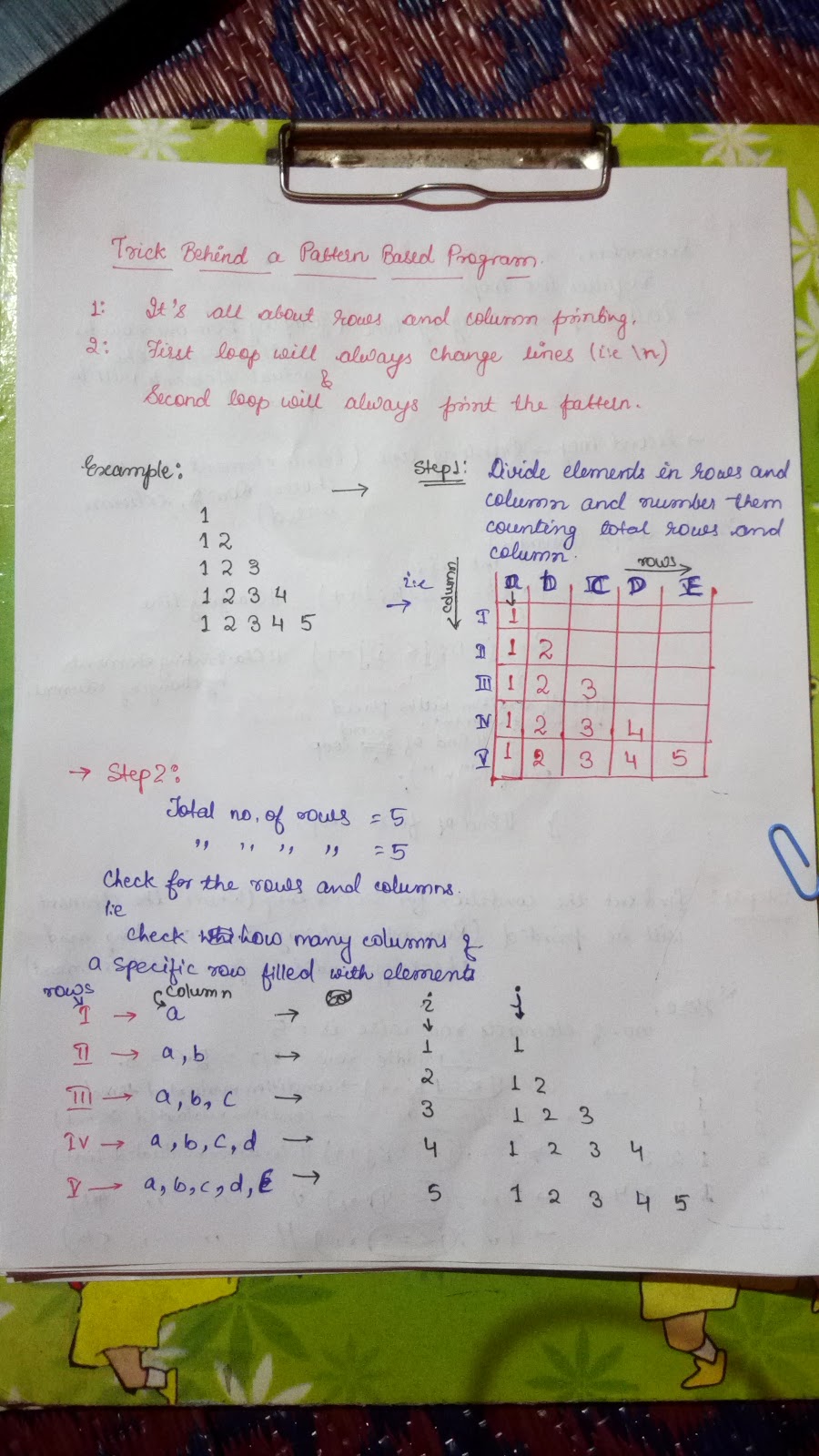 Handcrafted Pattern Program (Crack The Logic Behind Any Pattern Based Program).

Hola Amigos. We'll have suffered that excruciating pain after failing to solve C,Java or C++ pattern Based Program.
Yeah, it's generally a tricky one but can be made easy.
Pattern related programs might appear tricky for new coders  but with a quirky trick and understanding it’ll be the easiest one for any newbie.
After going through many of the videos and tutorials of my trainer Swarup Sir, I decided to share it with you’ll. Let’s start with this very topic.. “Handcrafted Pattern Program “
Any pattern program consist of rows and columns (horizontal & Vertical Elements).We just have to make different columns and sort each elements in respective columns and mark the position to create an effective Pattern Program.      It’ll be easy with an Example and steps: Example: -                                  Print the pattern below 1 12 1       2       3 1       2      3     4 1       2      3     4      5 I’m aware that none of the  pattern programs come with such d… 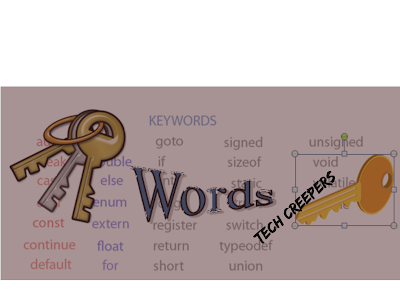 Keywords (Extension to Fragments Of C)

Keywords As stated above, this very article is dependent on The Basic Of C and a specific Topic Fragments Of C is Explained in it's fulfillment.
Check this link for other Fragments -Fragments Note:- These are the Basics for good C Language....
Definition:- Keywords are reserved words; these are parts of syntax and C compiler covey special meaning to it. There are total of 32 Keywords in C and the whole coding goes way around these keywords. Remember:-            Keywords cannot be used to name any variables or literals because they are already defined and have special meaning to each of them.
List of all Keywords.auto double int struct const float